A year and a half Words: Andy has been keeping a list of all the words Parker can reliably say and that we can understand:

If you heard some of these I doubt you would recognize it as a word but we’ve become pretty good translators. We’re working hard on “please” and “thank you.” So far, we’re just getting the “puh” sound for please but it’s a start.


“The list doesn’t include words that aren’t in regular circulation. For a while, she seemed to have a max of about 12 words, and any time a new one arrived, she’d lose one. I had been joking that every time I heard I new word, I was worried that Daddy was gone… and sure enough, she lost Daddy for a couple months.”

With the extra language comes frustration-based tantrums. She wants us to understand and we don’t. Cue meltdown. I know it’s difficult for her but the general whiny fussiness is exhausting. Experienced parents know that toddlers have multiple personalities. One minute she’s giggling and having a great time. 45 seconds later, she’s screaming in a pile on the floor. I don’t get it but being little is hard, I guess. 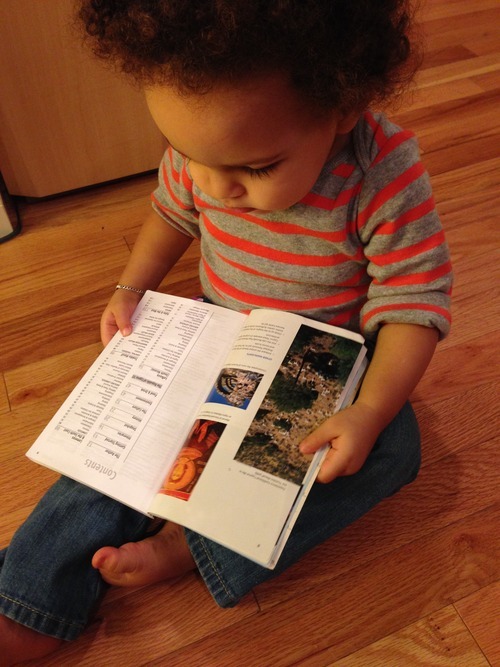 We’ve decided to enroll Parker in an education-based daycare two days a week, six hours each day. It’ll be good for her to be around other children her age in a school-like setting. And – since we’re keeping things honest around here – we’re looking forward to what 12 kidless hours a week can be like.

The early education curriculum includes language development, a bit of math, science and discovery, art, health and safety, and social skills. This was her first week there and the teachers say she’s done well in her first two days. She cried when it was time to leave yesterday, so that’s a good sign I suppose.

The new schedule means we’ll have to switch up our routine at home to match what they’re doing at school. The amazing two, two-hour naps are going away and being replaced with one midday nap. I’m sure the transition is going to be a party and a half. Our baby likes her sleep so we’ll see how it goes.

For the most part, she still eats whatever we put in front of her. She really likes olives, feta cheese and pizza. She doesn’t seem turned off by spicy food either.

She’s figured out how to open doors – sort of.

And she finds ways to entertain herself.

The terrible two’s may be starting now at 18 months. She’s becoming less of the super-chill baby we once knew and is ever more opinionated and easily distressed. The pediatrician says that’s normal development and there’s not much to be done about her breakdowns. Eventually she’ll be able to express herself more efficiently. Andy is much more patient than I am (no surprises there) and I’m sooo thankful for that.

Now that she’s in school – and exposed to germy toddlers – I’m sure she’ll be sick a lot more too, which is never a good time. Such is parenting life.