Having a two-year-old around is, as this Huffington Post article spells out, like being in prison:
One way having a toddler is NOT like being in prison:
The Biscuit is unpredictable sometimes and she basically has four moods: happy, hyper, brooding and screaming. I’ve gotten pretty good at managing them but curveballs always exist. Parker was invited to a fancy tea party birthday thing. There were hats and dresses and china cups and cakes. And she was having none of it. Everything was terrible even after I let her eat two hot dogs, some pasta salad and a handful of jelly beans. We left after 45 minutes and she screamed the whole way home.

And she kept screaming after we got home. Then she vomited. Then she was sort of happy. WTF?

The next day she had a fever. The pediatrician said that a kidney infection we thought had been dealt with a few weeks ago had returned. Perhaps the bacteria was resistant to the original antibiotic. Doctors are never really sure about anything, are they? We got a new prescription and hoped for the best. Thankfully, she remained in good spirits even after a catheter to get a urine sample.

We managed the fever with ibuprofen but on the third day it spiked to 105.6. That’s seizure territory, folks. We gave her a cool bath and went to Children’s Hospital Boston. 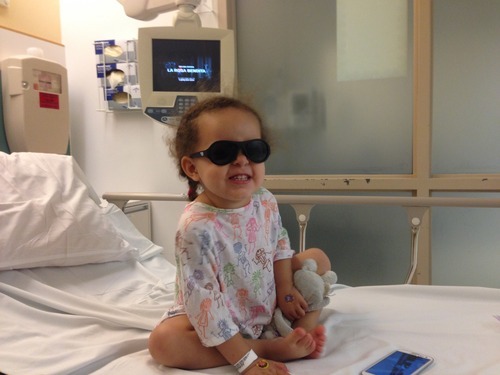 The ER over there was surprisingly empty and we got a room right away. Nurses, doctors and techs came and went while The Biscuit got stickers and watched World Cup soccer. When the game ended she kicked back with videos of herself on Andy’s phone while we waited for the doctor to decide what to do.

Ultimately they just sent us home. We added Tylenol to the fever-management mix and, after a few days, she was back to being herself (whatever that is). It was an emotional few days, for sure. Do parents suffer from PTSD?

I guess living with a toddler is more like going to an amusement park: 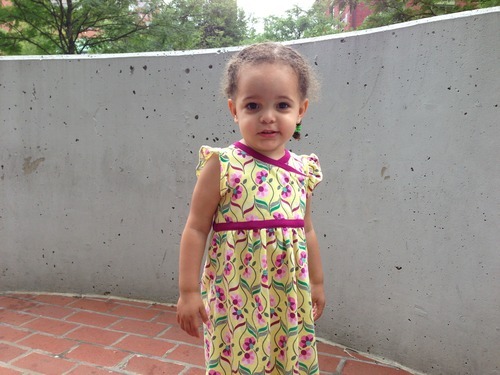