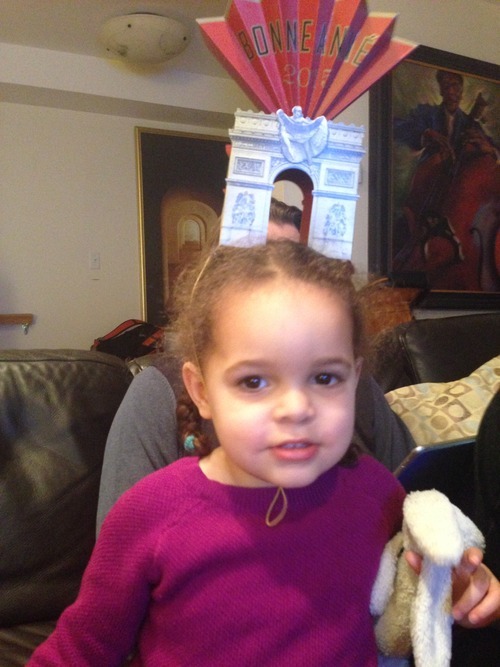 It seems crazy that the year is already over. It’s a cliché that the first couple of years with a kid passes you by without you remembering much, but this is just weird.

The last few months have been … a bit of a whirlwind. I went back through the year’s blog posts to try to remind myself of all that’s happened. Here’s the bottomline:

We’re happy: Andy and I are in a good place, I think. We communicating pretty well most of the time and spending more time alone together thanks to our amazing babysitter, Alex. This year we’ll be celebrating our 10th anniversary. Crazy, right? Yes, there will be a party. Stay tuned.

She’s healthy: We just had a post-op follow-up visit about Parker’s kidney surgery. She’s healed up great and things look exactly as they should. He wants to see her again in six months but we’re pretty much DONE worrying about that. Yippee!

In 2015: I’m getting out of the wedding stationery business and putting à deux up for sale. I love what I do but I am a terrible business owner. I HATE all of the “business” stuff (invoicing, accounting, marketing, tracking supplies, etc.) that go into it. All I really what to do is create, without the hassle of the other stuff. I’m not good at it and those important tasks suck all of the the joy out of the creative aspects. Frankly, I’m bored. I want to get back to my graphic design roots and try some new things outside of wedding stationery. Thinking of starting a creative consulting company and/or a small graphic design firm. Or maybe I’ll go back to working for “the man.” It’s all still very loose right now, though.

It’s just time for a change and we need a family reset. Basically, Andy and I have decided to turn our lives upside down. Let’s dedicate the next year to seeing what direction the universe points us in. We’ve sold our place in Denver and are leaving Boston.

The inner circle of friends and family already know this but I haven’t made an official announcement: we’re moving to New York City in the spring. That brings with it a bunch of other life changes that I’ll expand on later but we’re pretty excited.

The house we’re renting in Boston is going on the market next month so we knew were going to have to move again anyway. The decision to leave Boston was easy: I’ve never liked it or felt at home here and if we’re going, why not go somewhere … better.

After several conversations last winter we started making a list of places we would want to go. She’ll be starting school in our next location so we’ll be there for at least the next five years. The top criteria were that the new city had to be warmer and cheaper than Boston. HA! New York is the ONLY place in the United States that fails the test. It’s also the only place (out of the 7 states in which I’ve lived) that feels like home to me.

The decision got made over the summer. We spent a lovely long weekend in Manhattan and realized that it would be perfect for her (and us). Kids in the sandbox were speaking three different languages, there were crazy smells and sounds, people of all different colors and sizes were all around, good food and world-class cultural institutions are just a walk or subway ride away. Parker even seemed to walk a little taller while we were there, albeit in those horrible squeaky shoes. She wasn’t shy or timid or intimidated but “the big city.”

So many people have asked us, “Aren’t people with kids supposed to move to the suburbs? Why are you doing THAT?!” Well, why not? Why not raise The Biscuit in the center of the cultural universe? We’re raising her to be a sophisticated citizen of the world. Is there a better place for her to spend her formative years? Other than moving to some fancy European capital, I couldn’t think of anywhere.

Although we’re not moving south and closer to a large part of my family, this move puts us closer to family I don’t get to spend much time with. My father has already “threatened” to be at our new place every day. We’ll see if that’s true after a few days of solo babysitting. Andy’s family is also a short train ride away and we’re excited about seeing more of them too.

Yeah. So that’s what happening with us. It’s a lot but we can handle anything. Bring it on, 2015! 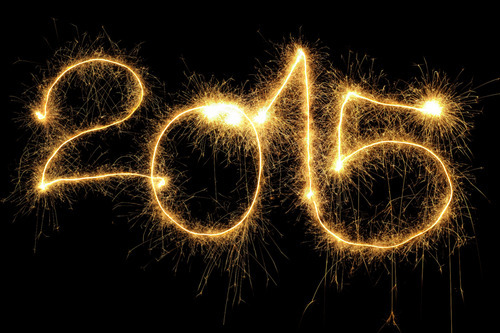